When I heard that the To All The Boys I’ve Loved Before series was being made into a Netflix movie, I knew that I wanted to read the series before watching it. I was able to get the series box-set for super cheap before I left my job at the bookstore, so this was the perfect time and opportunity to read it in its entirety! I’m going to do three mini reviews, and then talk about my thoughts on the movie as well. Let’s get to it!

END_OF_DOCUMENT_TOKEN_TO_BE_REPLACED 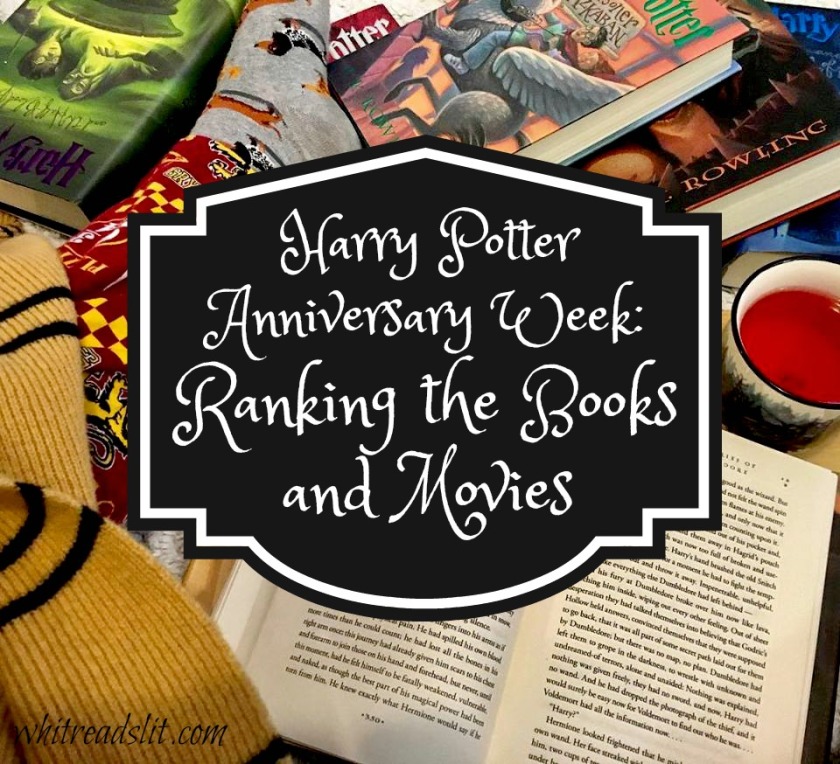 I was tagged by Margaret @ Weird Zeal to participate in this very special event! Every day for the next week, I will be posting a Harry Potter related post to celebrate the 21st anniversary of the release of Harry Potter and the Philosopher’s Stone in the UK! Today is Day 2 – Ranking the Books and Movies! Here is what Margaret had to say:

This year, on June 26th, will be 21 years since Harry Potter and the Philosopher’s Stone was published in the UK. And yes, 21 is kind of an awkward number, but I didn’t have a blog last year for the 20th anniversary, and I guess that means the series can legally drink in the US, which means nothing because it’s British, but ANYWAYS.
I will be posting something Harry Potter related on the seven days leading up to June 26th, and I’m inviting you to join me!

END_OF_DOCUMENT_TOKEN_TO_BE_REPLACED

Hello!! My name is Whitney, and I love books! I spend a huge amount of time reading (way more time than I should, if we are being perfectly honest!) I live in Texas with my husband, daughter, and my dogs, who are a total mess and generally are my reading buddies. I also love to sing, hike, play The Sims, watch tons of YouTube videos, and drink creamy tea and coffee.